You are here: Home / Book Reviews / Texts From Mittens – and Binga – and Giveaway! 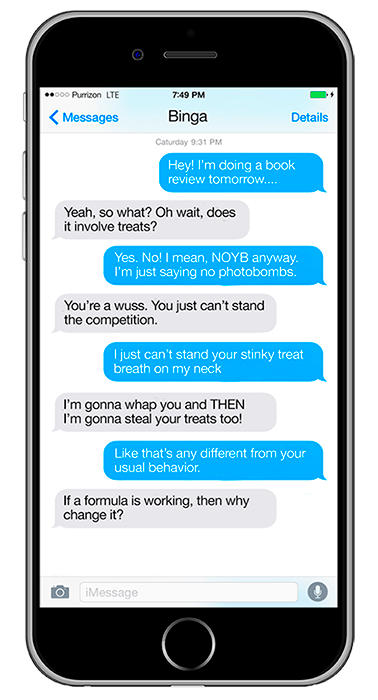 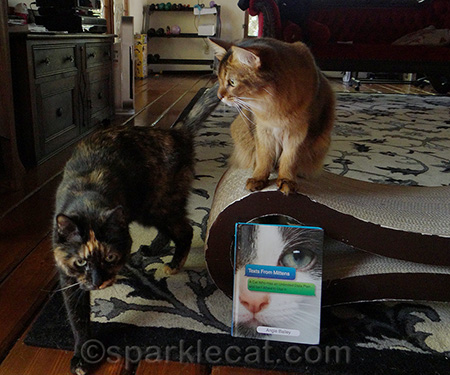 Maybe I shouldn’t have said anything. Hold on a minute. 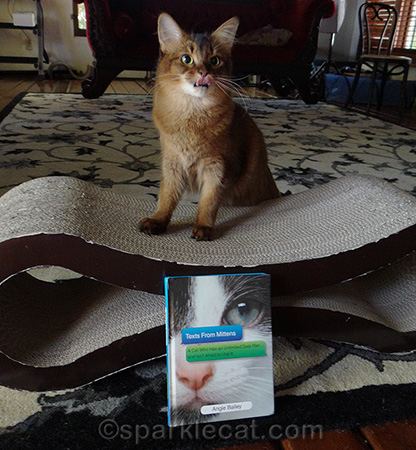 Okay, that’s better! Now I can get down to reviewing Texts From Mittens and telling you about my giveaway! 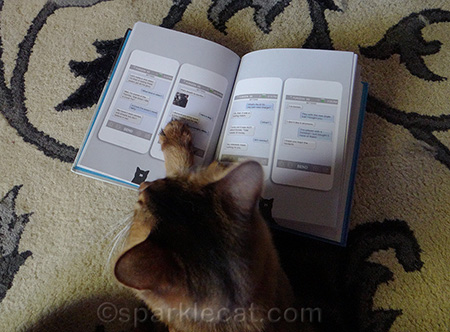 Texts From Mittens began as a column in Catster, using a series of texts to detail the relationship between a cat and his human (with commentary on the side about the dog Phil, feline pal Stumpy, Mittens’ human grandma and neighbor Drunk Patty). Not surprisingly these hilarious texts became hugely popular and Mittens wound up with a million dollar book deal! Okay, I exaggerated a little. It was actually author Angie Bailey who got the book deal, and it wasn’t for a whole million dollars (but it still could make that much!). Anyhow, Mittens, his human and all his friends and foes are in this really fun, hardcover book! Here’s a bigger version of the page I was reading so you can see: 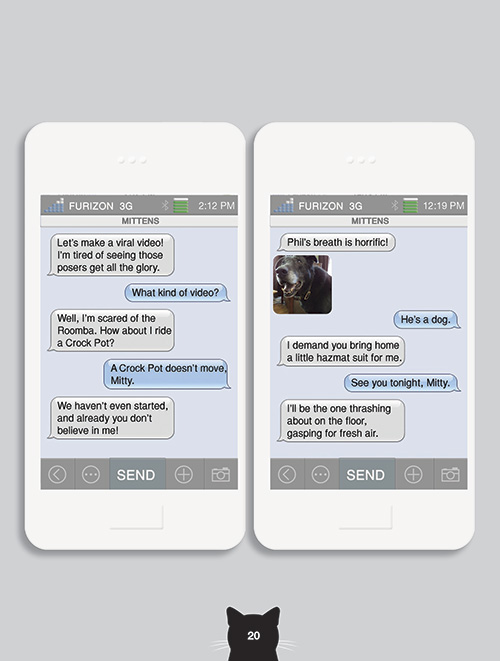 Now here is the cool part: I am having a giveaway! One reader from the U.S. or Canada can win a copy of Text From Mittens by commenting on this blog post and telling me the state of province in which you reside in the Rafflecopter widget below! If you are an international reader, you can name a friend in the U.S. or Canada to receive it — just tell me the state or province they live in! You also have other options for more entries. The giveaway ends next Monday, April 6, at 11:59 PM. 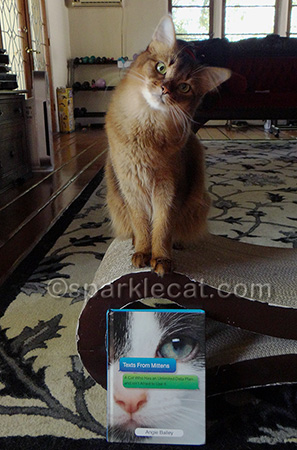 If you can’t wait, you can get a copy of Texts From Mittens here. It comes out tomorrow. I promise, it will make you laugh lots! It even inspired Binga to start texting all the time! 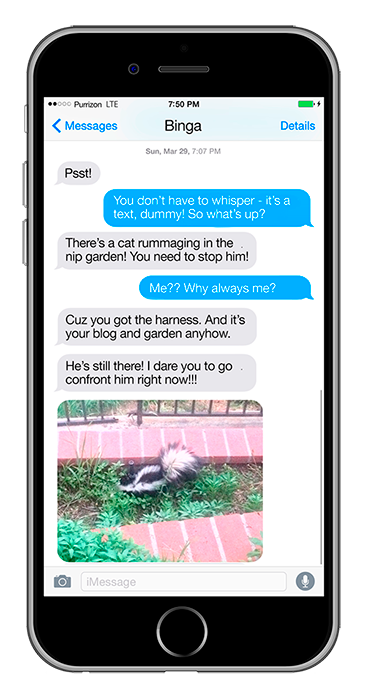 On second thought, maybe I should block her.

Disclosure: I received a copy of this book for free but it did not influence this review, or Binga’s texts. Links to the book on Amazon are affiliate links so I will receive a small commission for purchases.