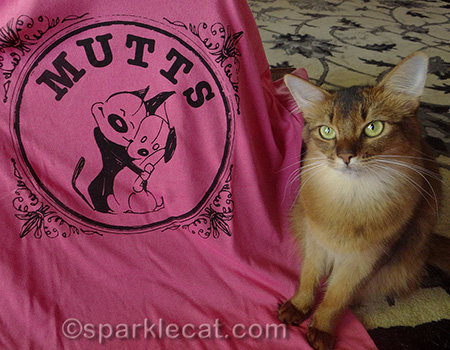 I’m sure all of you know the Mutts comic strip, and its creator, Patrick McDonnell. Mutts is in over 700 newspapers in 20 countries and a favorite of animal lovers worldwide. Mr. Patrick has won lots of awards, including the Reuben (which is like winning the Oscars for cartoonists), but even more importantly, his comic strip has also won awards for its environmental and animal advocacy. This human has a heart of gold and it shows in the warmth and gentle laughter in the Mutts comic strip, now in its 21st year. 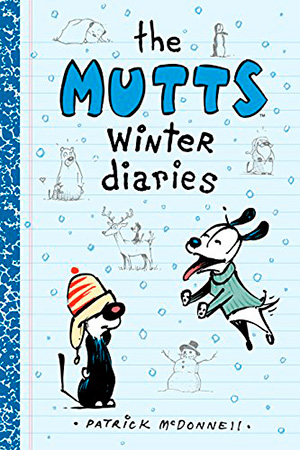 The great news is that there is a new book of Mutts comics coming out on October 13! It is called The Mutts Winter Diaries, and it is full of winter adventures starring Earl, Mooch and all their pals. Although it is supposedly for children, I would say it is really for children “of all ages!” This is an awesome book for any Mutts fan and perfect for the upcoming colder months. Especially because there’s a section at the end called “More to Explore” and it has suggestions on helping your local wildlife cope with the winter weather. 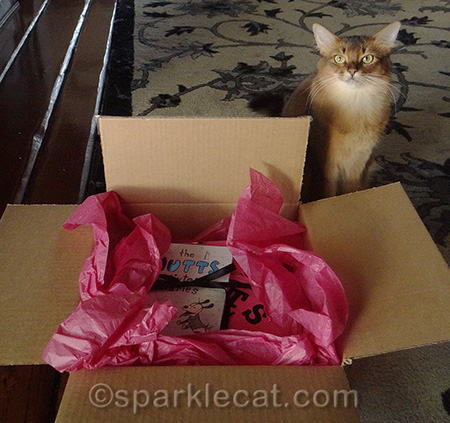 In advance of the book’s release, the humans who are helping promote The Mutts Winter Diaries sent us a really awesome package! 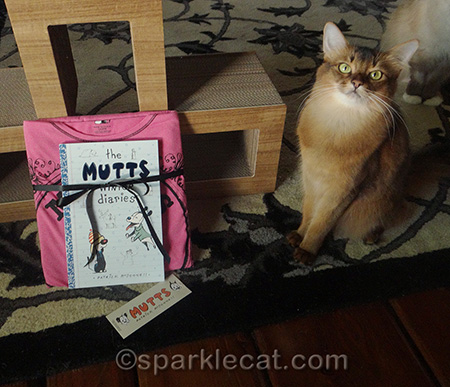 Not only did we get a review copy of the book — we also got a pretty pink sleepshirt made by Richard Leeds International, all nicely packaged! 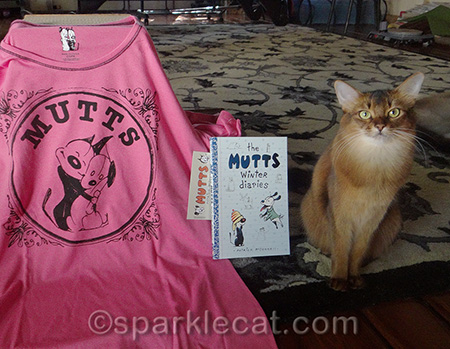 And you can win the same package! If you are wondering how big the shirt is, it says “OSFM,” which means One Size Fits Most, but it’s actually about 22″ across, so it basically fits up to a L, or maybe a small XL. To enter for a chance to win, use the Rafflecopter widget below. Good luck!


Disclosure: Along with receiving the sleepshirt and book, we also received a small fee for writing about the new Mutts book.